THE EVENT WAS AMAZING!

It happened... It was amazing! 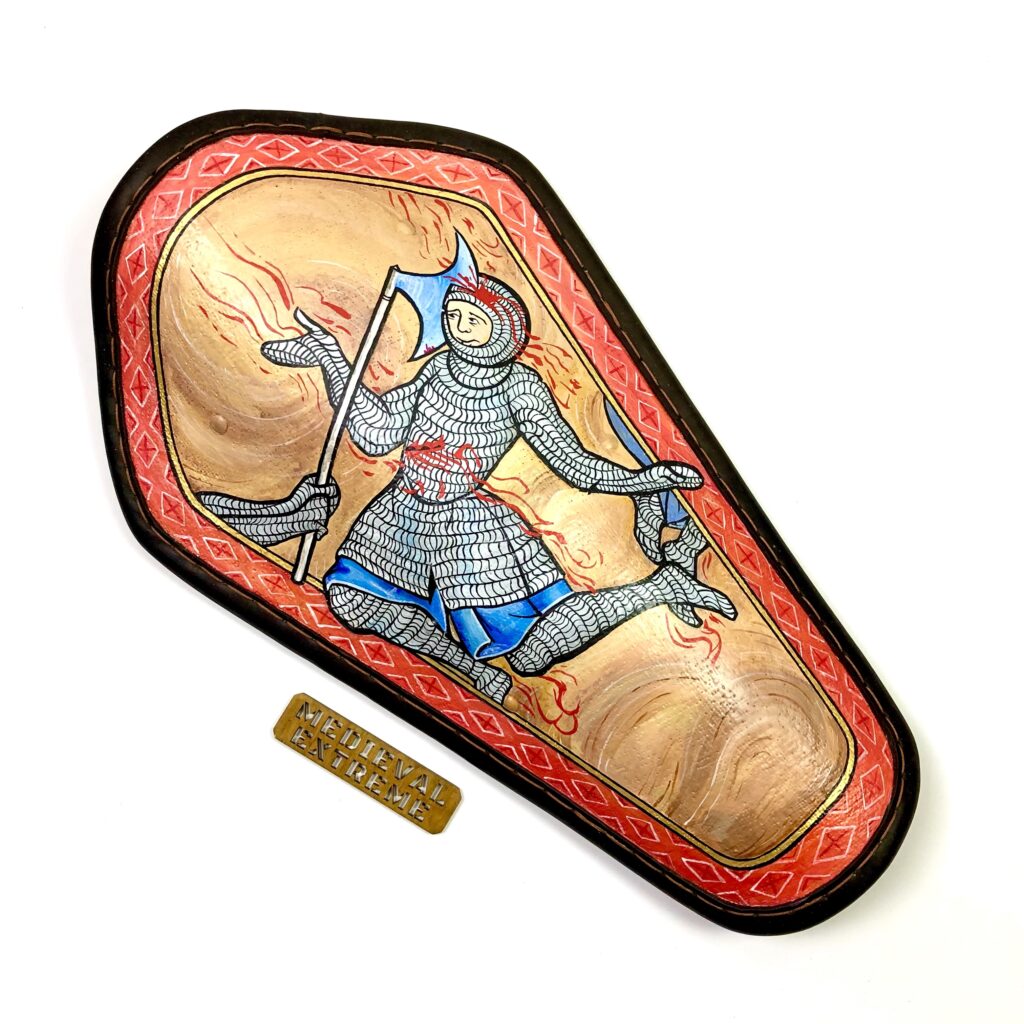 This event is sponsored by an amazing company with awesome equipment. Their prices are inclusive. When you pay.... you pay for everything. The shipping, the extra little parts that are needed, and so on.  There's no hidden cost! They also do one week shipping for a very minimal cost. A.C.N. and Team Cerberus purchases a lot of armor. They have had the best gear, the best customer service and often times the best prices come from MEDIEVAL EXTREME.  Get what you need from them and the Authenticity Committee won't be a problem. 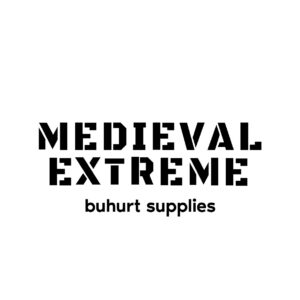 When the team CERBERUS was formed, the group decided it was going to be like no other team before it. The focus would be on bringing in world class fighters from different disciplines to teach those in the armored combat world a cleaner set of skills.

The January 2021 training camp will focus on four primary aspects of armored combat.

So.... Come on out and JOIN US FOR AN AMAZING EXPERIENCE. 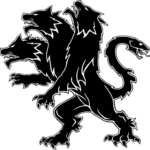 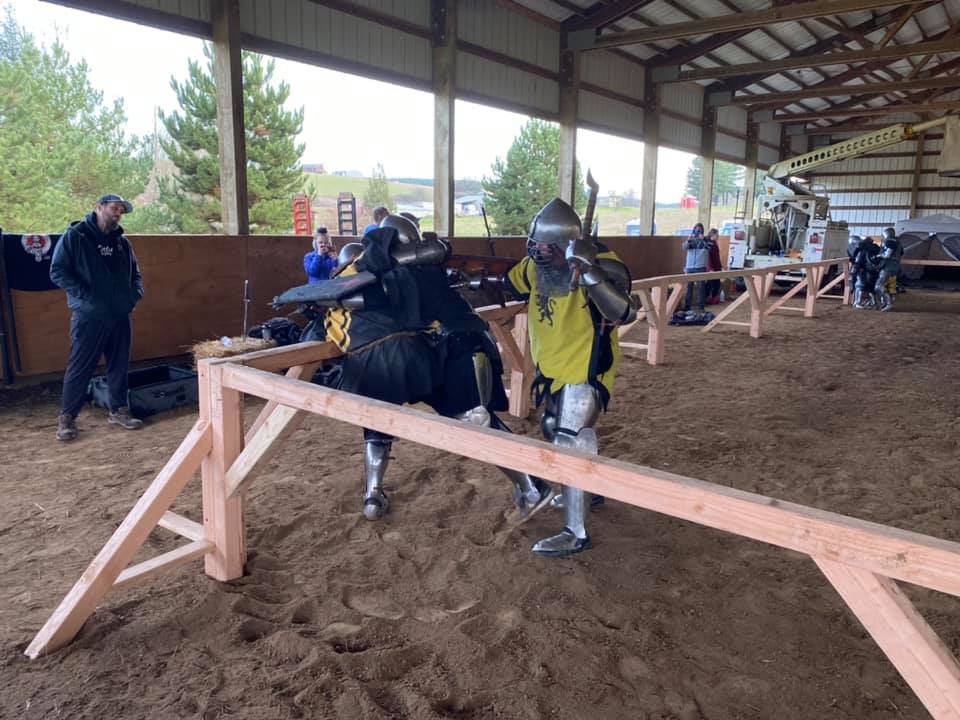 THIS SCHEDULE IS SUBJECT TO CHANGE. ARMORED COMBAT NORTHWEST WILL DO EVERYTHING IT CAN TO PROVIDE TOP TIER INSTRUCTORS IN VARIOUS COMBAT DISCIPLINES. IF (TBD) IS DISPLAYED IT IS BECAUSE A TOP LEVEL INSTRUCTOR HAS YET TO CONFIRM FOR THE DATES. THIS ORGANIZATION HAS A DEEP ROSTER OF HIGHLY QUALIFIED TEACHERS.

---- The indoor training facility has two lists available. One is 15 X 20' and the smaller one is 12 X 12'.  The smaller of the two is traditionally used for duels training, but will be utilized in various capacities for this training camp. Both lists have a fully padded floor. The larger one also has padded rails.

The indoor facility also has a well stocked armory, two pells, a battle rope and couches/seating.

- This class will cover how to properly strike using a one handed and two handed axe/poleaxe. You will learn excellent form to deliver max damage and be able to have your skills honed by a master of the craft. You'll also go over basic defense and how to utilize a two handed weapon to defend against strikes along with basic grappling skills.

If this is your first session, then expect to learn the basics of Axe/Poleaxe Striking. (See the description for session 1) If, however, you are staying for more expect to get deep into the specifics of footwork, axe movement and some trade secrets on grappling with an axe.

Ever wonder how Iron Phoenix of old would smash so many opponents? The big trick is teaming up. How to do that, when to strike and how to communicate with a partner is the key to ultimate success. Learn from a long time veteran of the sport who's fought against MANY of the world's best opponents.

This is the compound effect of lots of training. Just like Axe/Poleaxe, if you stick around for the second session, you'll just get lots more time on target to practice your skills. IF this is your first session, then you'll get all the info from session 1. 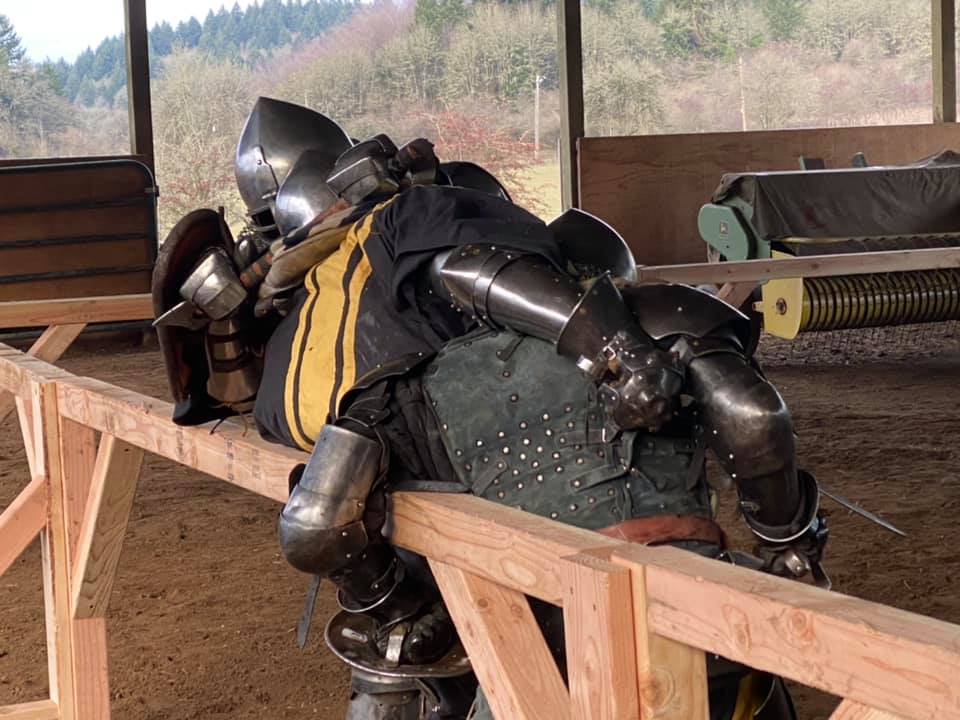 - You ever wonder how some people can stay up and trip others like it's super easy? Well, take some time and learn basic "wall work" which directly translates to survival on the rails and how to use it in order to help create momentum on throws.

Just like all the other classes, if you stick around for a second one you'll simply hone your skills. Otherwise, this class is hardcore grappling on the rails and trips just like session 1.

If you want to know how to hit.... THIS is how to hit. THESE GUYS WILL SHOW YOU THE BEST WAY TO PUNCH THE SNOT OUT OF PEOPLE. The single most overlooked part of Buhurt is the simple punch. After this class, you'll be hitting people harder than ever before.

UNLIKE OTHER CLASSES, YOU WILL NOT BE ABLE TO ATTEND TWICE IN A ROW.  This is a repeat of session 1.

Get your individual or team pics with a UFC great. Ask questions, get to know him and have a fun time mingling with one of the best fighters the world has ever seen.

Come sit on one of the comfy couches, grab a beer from the fridge and watch some battles. OR BETTER YET, keep your kit on and jump into the list and do some battle yourself. The INDOOR ARENA will stay open for people to compete, train and comingle as long as they feel like it. JUST REMEMBER, day two will be long.... keep fresh.

The FULL SIZE LIST is set up in a 60 X 120 Covered Horse Arena. The list itself is 40 X 60' and compliant with all modern Buhurt rules. You'll be able to use the list all weekend for any type of battle simulation you can imagine. In fact, the goal of January Training Camp is to get teams to train across from each other. With this available and people here to train, it is the best chance you'll get outside of an actual battle. This is THE BEST WAY to break in new people and refine the skills of experienced fighters.

Come out to the 40 X 60' List to train with your team against other teams. This is where you can experiment with tactics, get instruction on different formations for 5 vs 5 battles and test your metal against other teams with limited rule sets. (For injury prevention)

The afternoon session is the same as the morning one. The list will be available ALL WEEKEND to use for training and tactics.

This session is available for all people that wish to use the list later in the evening. It is well lit and as long as Armored Combat Northwest knows it is in use, you're good to go. The heating areas will be shut down at 7pm.

Work your long sword Technique, get that helicopter going and learn how to cut corners like a champ. This is where you'll up that game and get some bomb ass skills.

A repeat of Session one, or a chance to refine your skills.

This will focus on duels training and how to swing a one handed sword with POWER. There are two real defined ways to hit someone with a sword.... 1. with accuracy and speed or 2. with accuracy and speed AND POWER. This class will focus on how to generate that power by refining body mechanics. Also, for those of you that are newer to the sport, you'll learn some MUCH needed skills on WHERE to hit and WHY.

Ever wonder how some big guys can seemingly trip anybody? Well, there are some simple little things you can learn in order to up you trip game. You'll go over some snazzy set ups and see how to walk your opponent right into falling down.

Just like all the other sessions.... If you are a carry over from the first one, then you'll just get more time practicing your skills. Otherwise, take the time and get to know how to trip and slip with the best of them.

These guys will teach you how to move your feet to set up kicks and place you in the best spot for landing that monster punch from deep inside someone's guard. Learn how to draw power up through your feet and deliver it with maximum efficiency through your awesome gauntlets. Also, take a step in the right direction and understand how strong footwork can up your defense game like nobodies business.

UNLIKE OTHER CLASSES, YOU WILL NOT BE ABLE TO ATTEND TWICE IN A ROW.  This is a repeat of session 1.

As the weekend wraps up, this is a chance to hang out with buddies, make plans for the future and chill out. You can also use either list to practice duels, 3 vs 3 battles, 2 vs 1 training, or general buhurt grappling stuff.

Come out to the 40 X 60' List to train with your team against other teams. This is where you can experiment with tactics, get instruction on different formations for 5 vs 5 battles and test your metal against other teams with limited rule sets. (For injury prevention)

The afternoon session is the same as the morning one. The list will be available ALL WEEKEND to use for training and tactics.

We're gonna end the weekend training with a couple of mass battles. This way we can have all the people out at the large arena and cheer each other on, have some big fights and also hand out some cool awards. 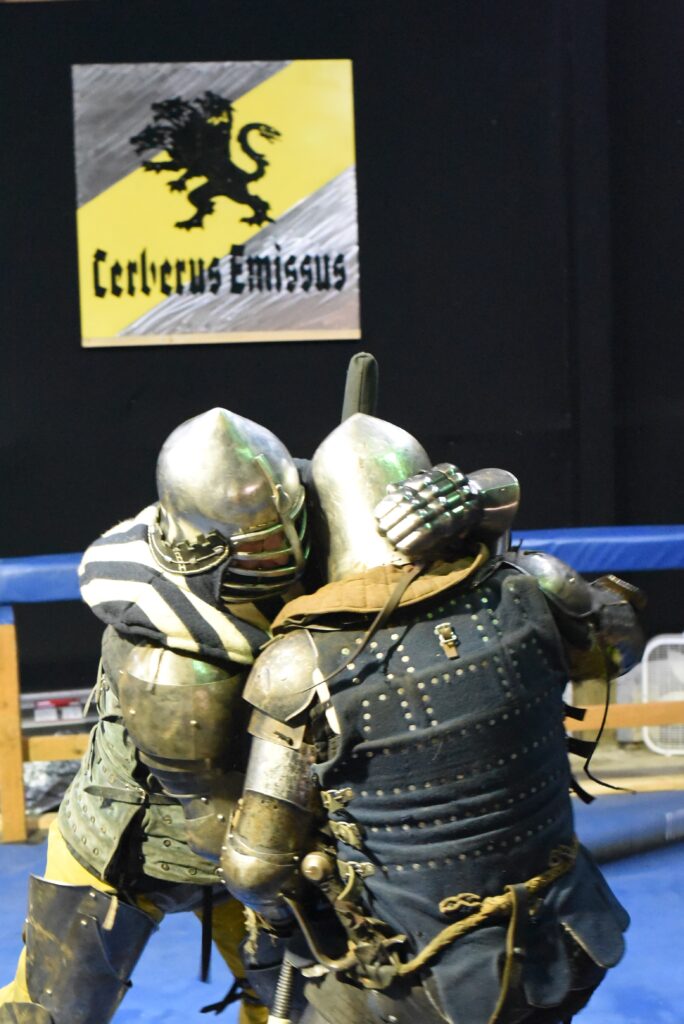 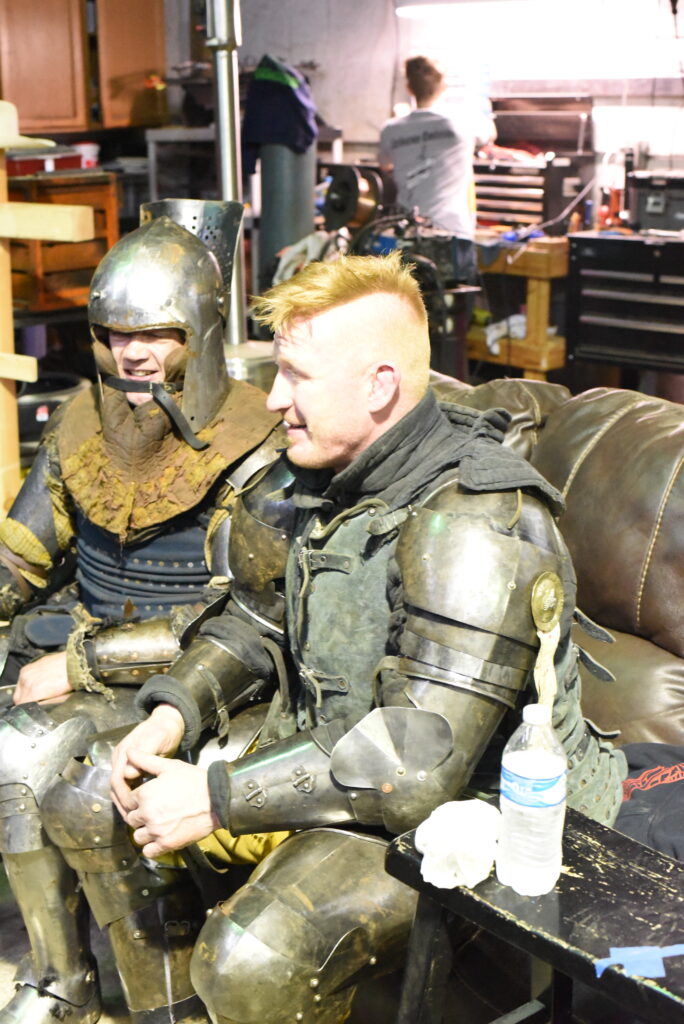 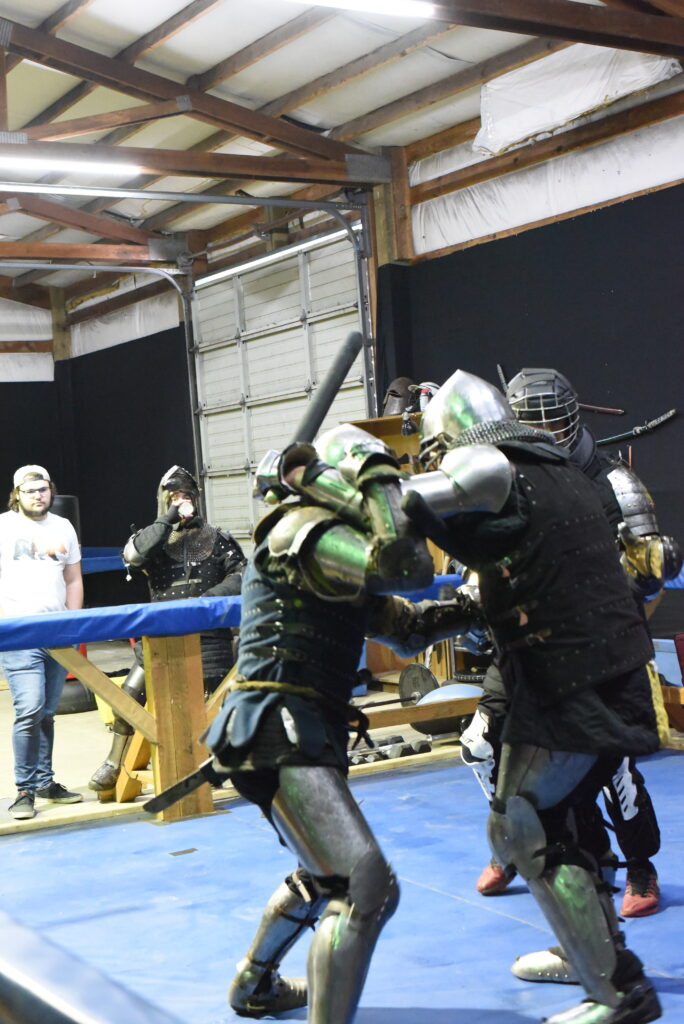 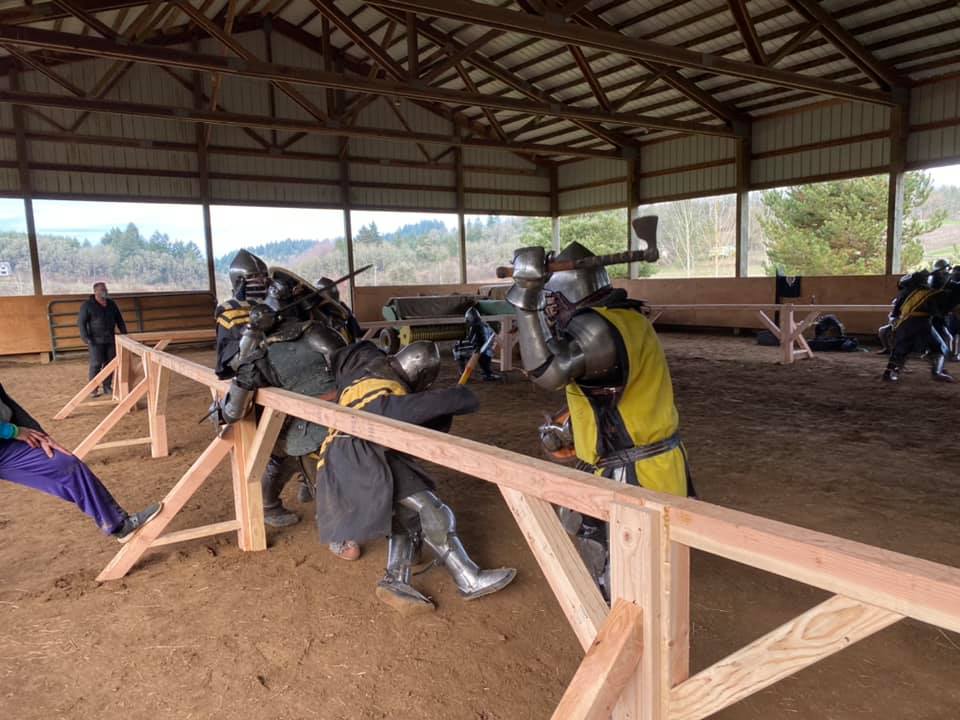 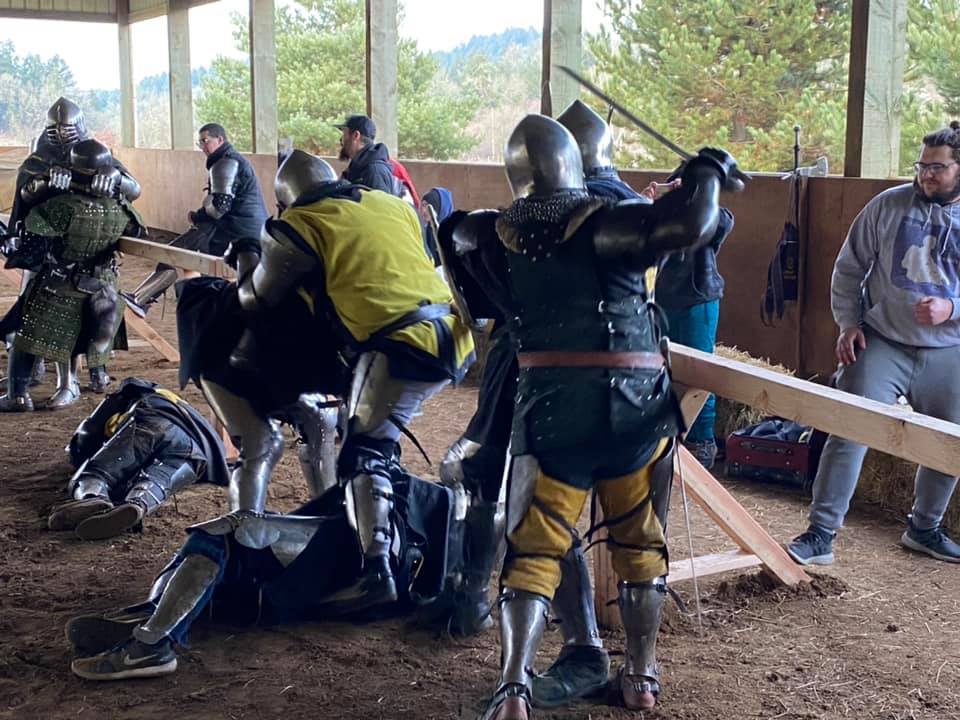 The world of buhurt has suffered a long time from relearning skills that already exist. Take the time to learn what is already there in the fighting world and simply adapt it to our amazing sport

Steel fighting has focused for so long on swinging swords that it has ignored the root of total, well rounded combat. We don't need to invent the wheel when there are tires everywhere for us to use...

Both the Cities of McMinnville and Newberg are only TEN MINUTES AWAY from the training area. Also, Champoeg State Park is available for camping and RV's, also TEN MINUTES AWAY.

Get ready for something amazing!

Armored Combat Northwest has the singular goal of helping the steel fighting community as a whole.